There is currently a lot of new information about Microsoft Intune:

One big change has happend in nevember when “Windows Intune” was renamed to “Microsoft Intune“! Also in November Service Update for Microsoft Intune lots of features were added. Also the new User Interface was Introduced. I recently posted about this: Intune: November 2014 Update 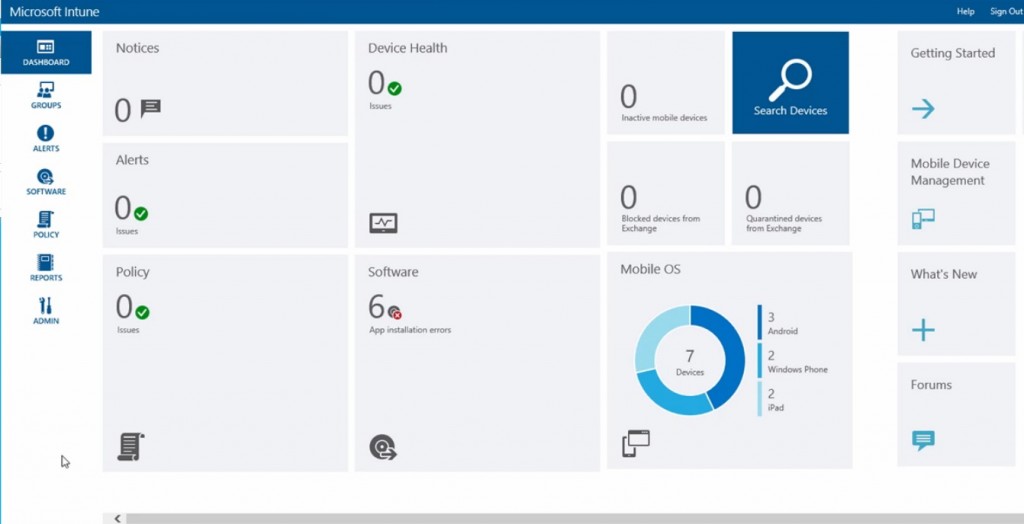 One new thing since november update is the ability to manage Windows Phone 8.1 devices without a Symantec certificate. Actually this is only possbile when using Intune in Cloud-Only Deployment. If you use it in hybrid mode with SCCM you still need the certificate. The ability for SCCM will be delivered later. If you are going to deploy custom apps to devices you still need the certificate, because the app has to be signed with it. Otherwise the Windows Phone would not accept the app.

Since December 8th a new Service Update is rolled out. As outlined at TechEd North America, there is a new update for Enterprise Mobility Suite (EMS). The following features are rolling out right now:

With this set of releases, Microsoft is now delivering a complete Mobile Application Management (MAM) including deep integration with the Office mobile apps as the centerpiece. In fact, the only way that you can deeply manage the Office mobile apps is through Intune. Combine Microsoft MDM, MAM, and Office integration with the other components of the Enterprise Mobility Suite and there is no doubt Microsoft is delivering the premiere solution for Enabling Enterprise Mobility.