The changes in the MVP program have now led to all MVPs worldwide being renewed on July 1st and so I was also excited on Sunday. Especially since one has already heard some unrest in advance that a large number of MVPs will not be renewed.

Then it was finally so far…on Sunday afternoon I received the desired mail and it contained a quite positive surprise: 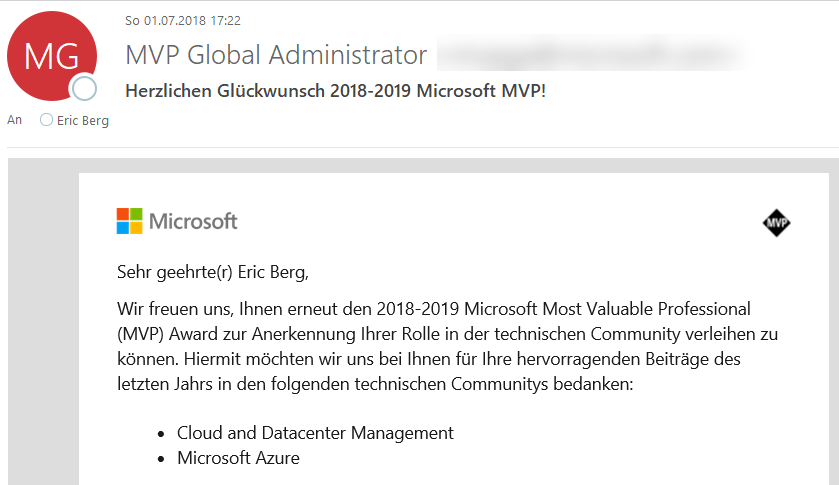 So this year I was successfully renewed in two categories… the usual Cloud and Datacenter Management (CDM)… and new Microsoft Azure!
What an honor!!!!

I knew that it is possible to be awarded in more than one category…but to achieve that once yourself is really great. Especially since I could read on the site of Michel de Rooij, who created a great overview, that there are only 50 MVPs worldwide with two categories.

But it gets even better…if you look among the 50 double MVPs for further MVPs with the combination CDM and Azure, you will find that only 4 MVPs worldwide have these categories:

Congratulations to all renewed MVPs!

If you take a closer look at the figures in Michel de Rooij’s blog, you will find some interesting statistics. Here’s an excerpt: