The next preview release should be available in may….

But here is a problem: the current version is expiring on 15th of April…

Now Microsoft released a solution for this issue with an update. So everybody who is testing TP can do this until the next Version is available without any problem: 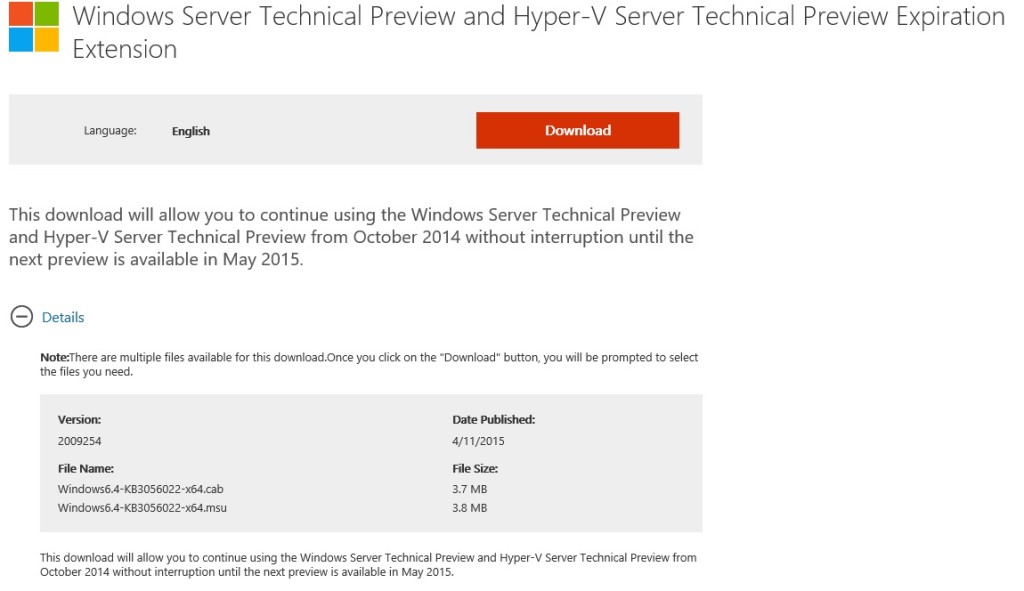 install the update and reboot your server.

when u are using Server Core or Hyper-V Server please use DISM to apply the patch:

Sometimes you have to reactivate the system with::

Now the expiration date should show 10/01/2015…so there is enough time for testing.