Since the first release of Windows 10 there had been lots of questions and issues regarding Windows Update.

In the last versions of Windows 10 there had been several issues with setting GPOs to control access to the Windows Update feature. 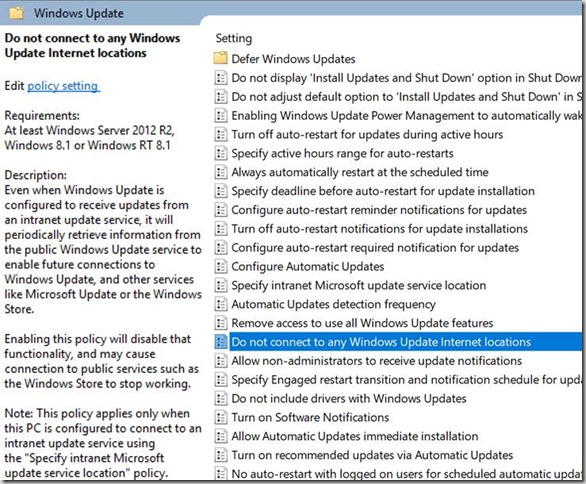 With this policy in place the manual Windows Update is blocked but also the ability to Update Windows Store Apps is blocked. So with this in place you will never see updated Windows 10 Apps

Microsoft is not recommending usage of this policy any more… 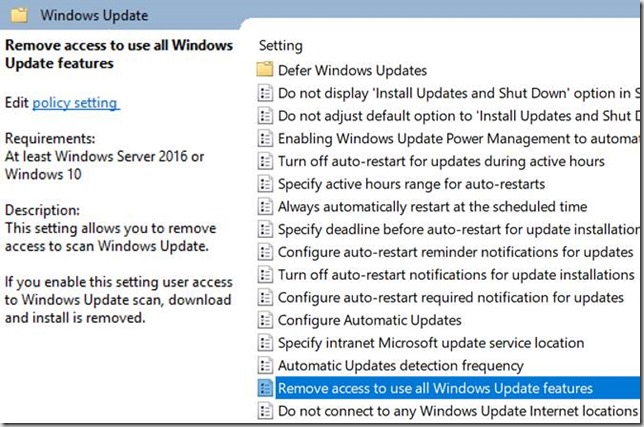 With this GPO the Update Feature of the Windows Store is not broken. So you will receive Windows App Updates, but the user is not able to use manual Windows Update any more…

When we are talking about Windows Store App Updates there is something else to know:

Probably most of you have a GPO in place to deactivate the Windows Store. But think about this: